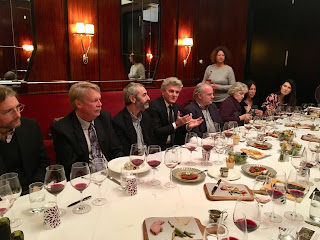 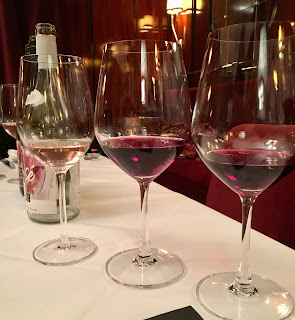 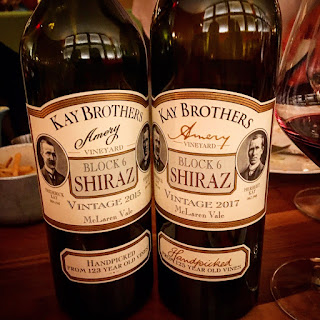 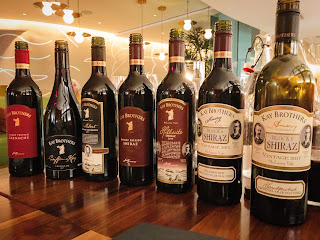 
Posted by Diane Letulle at 9:52 PM No comments:

Reinvention Down Under – Kim Longbottom’s Next Act 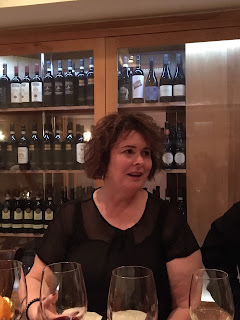 Kim Longbottom has been successfully leading Henry’s Drive Vignerons, a winery she began with her late husband, for a number of years. Now Kim has embarked on a new winemaking journey with the creation of Vintage Longbottom.   The fresh venture welcomes Kim’s daughter Margo to the family business.  With Vintage Longbottom, Kim has moved her winemaking ambitions from the Padthaway area to two of Australia’s revered wine regions: McLaren Vale and Adelaide Hills. 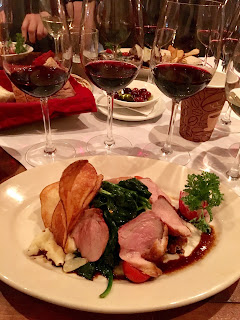 I had the opportunity to catch up with Kim at a media dinner in New York this fall. We started with three wines from the H line.  The labels are distinctive, with an oversized, patchwork letter that hints of handcrafted quality. To this point, Kim stated, “I hope my wines look like they taste.” It was true that the restraint on the packaging reflected the elegance these wines showed in the glass. 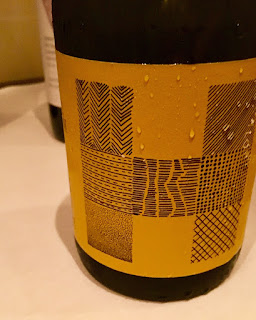 The “H” wines we tasted, all sourced from Adelaide Hills, included:

Vintage Longbottom H Sauvignon Blanc 2018 – This wine was round, with ripe tangerine notes and a nice amount of acidity to keep the wine lifted.  I found it a surprisingly luscious Sauv Blanc.  I was most impressed because this was Kim’s first attempt at working with the grape. $29.99

Vintage Longbottom H Chardonnay 2018 -  This chardonnay presented an assortment of rich aromas including butterscotch and white flowers.  The wine had good weight, and the gentle less stirring produced a level of complexity the wine.  $29.99

Vintage Longbottom H Syrah 2017 – With black pepper and blackberry on nose, this spicy Syrah had delicious red and black fruit and spice on the palate.  The deep fruit flavors are in part a result of a portion of the fruit (10%) being fermented in whole bunches.  Those tannins were softened by ageing in new and used larger format barrels. $29.99

As we moved to the second line of wines, Henry’s Drive, Kim shared that with this line she is making three last transitional vintages that will use grapes from Padthaway and McClaren Vale. 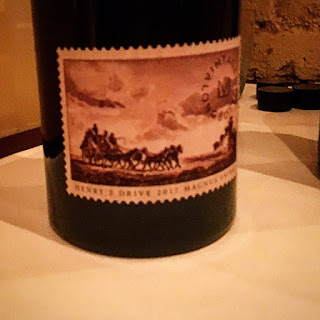 Vintage Longbottom Henry’s Drive Shiraz 2017 – This richly textured wine had notes of black pepper, eucalyptus, and black olive. The layers of flavor included black plum, chocolate, and spice, and the wine had well-integrated tannins and a long finish. $49.99

Vintage Longbottom Henry’s Drive Shiraz/Cabernet Sauvignon 2017 – With a tantalizing aroma of roses and cassis, this wine with grippy tannins and big length revealed layers of raspberry, blackberry, and spice.  It's a wine that would marry well with Australian lamb.  $49.99

When it comes to Kim's approach to her new wines, she emphasized the importance of picking time, admitting that Australia has at times picked when grapes are overripe.  With Kim's oversight of harvest and selection of new vineyard sites, Vintage Longbottom is producing Australian wines that manage to be rich, but restrained, and always balanced.


Posted by Diane Letulle at 9:44 PM No comments: