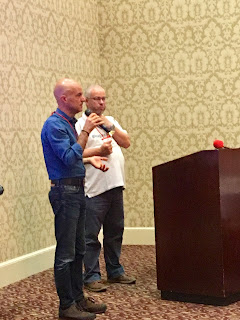 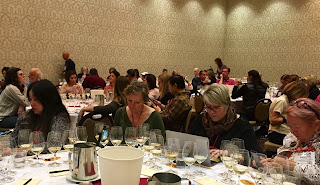 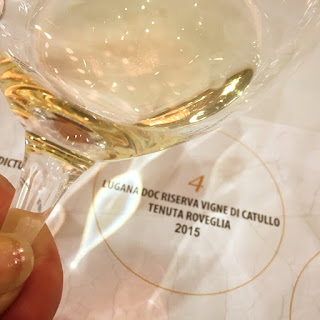 “What was a weakness has become an opportunity.”

So -- what was this weakness that Luca admitted to in Lugana wines?  Quite simply, not being Chardonnay – probably the world’s most recognized white grape.  There was a time when off-grid wines like this one would spur buyers to move on as they browsed the shelf.  All Lugana must be at least 90% Turbiana – a grape few consumers have heard of – and any additional grapes added must not be aromatic.

But today, there is greater open-mindedness among sommeliers and consumers both.  Today, being “anything but Chardonnay” is a plus.

It doesn’t hurt that Lugana wines are well-crafted and balanced, with a bright acidity as well as round fruit and mineral flavors.   A variety of wine-making styles is also producing more serious Lugana wines that can pair with elegant cuisine -  in addition to lighter style ones that hit the spot on a hot day.

Here are some of the more memorable wines from the tasting:

I’ve had the privilege of tasting wines from this beautiful region a number of times over the years, and I see a uniform rise in quality and courage – with winemakers expressing their individual visions for the Turbiana grape.  I look forward to tasting an even broader expression of these wines in the future.

Posted by Diane Letulle at 5:26 PM No comments: 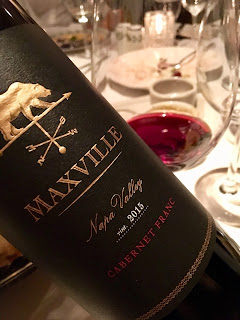 If you’re starting a new winery project in Napa Valley, it helps to have a winemaker experienced in the region take the reins.  That’s what happened at Maxville Winery, and the results so far are delicious.

When it comes to California winemaking, George Bursick has an impressive resume. After receiving a master’s in Enology from UC Davis, he spent nine years in Mendocino at McDowell Valley.  There, he oversaw the first commercial release of California Syrah.  That auspicious start was followed by being Director of Winemaking at Ferrari-Carano, where his 1985 Chardonnay was named “wine of the year” by Wine Spectator.  His success there was followed by work with Judy Jordan’s J Vineyards and then consulting work. 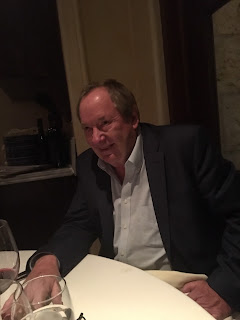 Now George is Executive Winemaker at Maxville.  In this role, George has been charged with taking the winery in a new direction, including replanting some of the vineyards.  I met George at a media dinner at Avra Estiatorio in New York where he shared his current releases.  I was surprised they included a Cabernet Franc – a grape I think of more for cooler climates.  When some people suggested scrapping the grape, George said “Let’s just give it a little love, and a little nitrogen.”

One of the unique aspects of these wines is where they’re grown. The Maxville Winery estate lies in Chiles Valley, 900 feet higher than the Napa Valley floor.  Elevation is part of the “secret sauce” to Maxville wines. The cooler weather retains grapes’ acidity, and the longer growing season gives grapes time to develop complexity.  In addition, their careful viticulture practices include dry farming to stress the vines to limit vine productivity and increase quality. 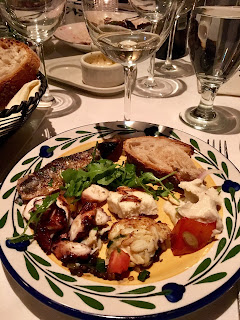 -       -   Maxville 2016 Sauvignon Blanc Napa Valley – Crisp and fresh wine with aromatic citrus nose and citron on palate with good acidity.
-      -    Maxville 2015 Cabernet Franc Napa Valley -  This was a Cabernet Franc that made me re-think what a Cab Franc could be.  There was such plushness to the wine, it made me think of the Merlots of St. Emilion.  In addition to the velvety mouthfeel, there was mouth-filling fruit, including red currents and ripe raspberries plus a sprinkle of cloves.  This is a round wine which delivers richer flavor than most Cab Francs.
-      -     Maxville 2015 Cabernet Sauvignon Napa Valley – So much going on with this wine: blackberries and chocolate, great ripeness, fine grained tannins, full-mouthfeel, and good acidity.  This is a wine to drink or keep, and it was delicious with orzo with seafood in tomato sauce. 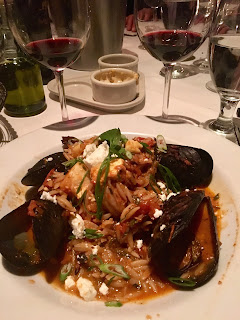 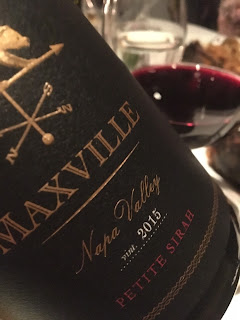 While Maxville Winery is a relative newcomer in Napa, the Chiles Valley has been growing grapes since the mid 19th century.  All in all, this is strong portfolio of wines from a slightly offbeat – and elevated – Napa Valley location.  Any lover of elegant wines with bold fruit character should seek out Maxville.

Posted by Diane Letulle at 10:04 PM No comments: 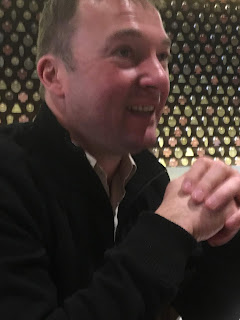 It was 2004 when Thibaut Delmotte, a young French winemaker living in Argentina, got the invitation to visit the remote mountain winery of Colomé.  It was supposed to be a four-hour drive, and Thibaut took to the road in a small, economy rental car – which he later learned was clearly the wrong vehicle for the trek.  After an hour of driving, the paved road ended.  After several more hours driving unpaved switchbacks into the mountains, he arrived at the remote destination where he met Donald Hess – Swiss bottled-water entrepreneur, avid art-collector, philanthropist, and winery owner.

I had the chance to meet Thibaut recently in New York, where he discussed how he came to the winery and stayed to shape the distinctive Malbecs from the sites in the Upper Calchaqui Valley, a highly elevated area in the Salta region in the country’s northwest.

Colomé is the oldest continually-operating winery in Argentina.  After the winery joined the Hess Family Wine Estates in 2001, a new energy came to the area.  Donald’s philanthropic efforts brought better living conditions, education, and cultural development to the remote wine region – as well as sustainability in the vineyards. 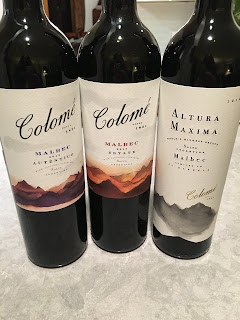 Here are tasting notes on current vintages of Colomé’s wines which I received as media samples:

Colomé Estate Malbec 2015, Salta, Argentina – Inky purple in color, the wine offers blackberries on the nose and palate, with additional cranberry notes and spice, with a long finish.  The wine has lots of body and mouth-filling dark fruit with an energetic acidity keeping the wine in balance.  The wine retails for $30 – an excellent quality wine for this price range.

Colomé Auténtico Malbec 2016, Salta, Argentina – This wine is from 90-year-old vines growing at 2,300 meters.  It is produced in a way that honors the traditions of wine-making in this region.  This wine was very aromatic with vivid aromas of blackberries and floral notes. On the palate, the wine offers plush black fruit and hint of spice with soft tannins and a long finish.  This wine is sold in the $24.99 range – again, a well-structured, fruit-forward wine that offers very good quality at this price point.

Colomé Altura Maxima Malbec, 2014, Salta Argentina – The label denotes that only 24 barrels of this special wine are made from the world’s highest estate.  The name of this wine means “maximum height,” and it was a passion-project of winery owner Donald Hess, who hailed from the land of the Alps, to plant the world’s highest elevation vineyard.  At the height of 10,200 feet the vines are exposed to more UV rays, which results in grapes with thicker skins to protect the fruit from the sun’s rays.  The thicker skins offer deeper flavors and bigger structure in the wine. In addition, the dramatic diurnal shift from day to night ensures good acidity.  The wine spends 24 months in used barrels and a year in bottle before release.  The fresh, inviting nose offers floral and blackberry aromas. On the palate, the wine is hugely expressive, a bold Malbec with layers of flavor that include black and red fruits, balsamic, and spice -- all against the backdrop of fine-grained tannins.  This special wine retails in the price range of $119.

For a uniquely bold, full-bodied expression of Malbec – that’s also sustainably farmed at staggering elevations – explore the wines of Colomé.