So, what am I doing in Georgia, anyway? 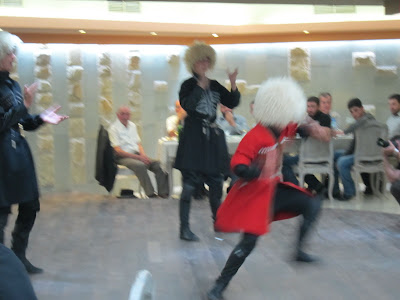 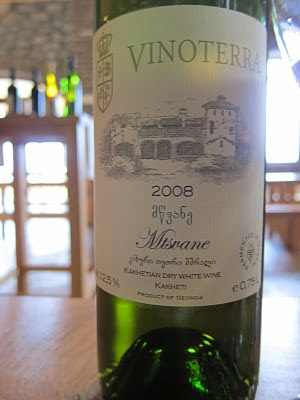 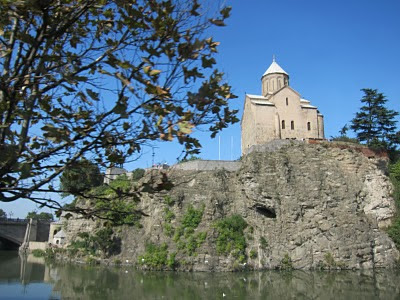 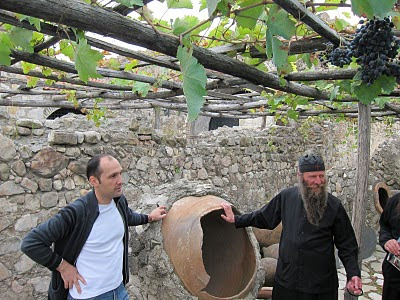 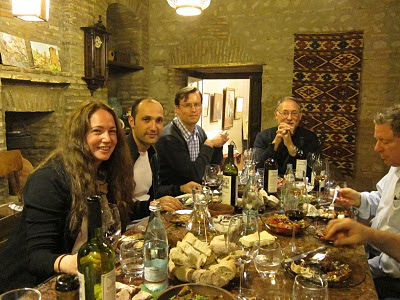 When I told my friends I was headed on a wine trip to Georgia, they were shocked, or, alternatively confused if they thought I meant the deep south. A fellow blogger wondered how I had been selected for this trip, where I would travel in the rarefied company of four Masters of Wine (only 300 have achieved this designation). As I looked over the illustrious participants, I began to wonder the same.
The trip was sponsored by the USAID Economic Prosperity Initiative. USAID supports economic development in struggling countries as a practical way to encourage peace and stability around the world. Georgia, which has suffered greatly at the hands of our former enemy, the Soviet Union, seemed like a good place to prop up, bordered as it is by the middle east to the south and Russia to the north.
The trip is being run by Jim Krigbaum, a cheerful, whip smart entrepreneur, who runs 2020 Development Company. Whether he's checking out mangoes in Pakistan or wine in Georgia, Jim knows all the ins and outs of getting the right products to the right markets.
So, I signed on and on Sunday, September 18th, boarded the minibus that would be our chariot to Georgian wine country (a far cry from Napa in every way). In addition to the MWs, there were two other well-known wine personages, Mr. Wine Hub, Luiz Alberto, and two polite and well-spoken Georgian men, our USAID guide George and our guide to all the wineries, and a wine marketer himself, Levan. We were the Opinion Shapers of Georgian Wine, a lofty title, and one I was determined to live up to.
On the first day, as we rode out to the bucolic countryside there was always activity on the side of the road: sturdy old men walking, dogs milling about, chickens pecking, and women selling tomatoes, garlic, and onions.
At the wineries, we discovered the unique qualities of Qvevri wines. The qvevri is a container that dates back 8000 years in Georgian wine making. It's essentially a clay container buried in the ground that receives the juice and crushed grapes and stems. Natural yeast begins fermentation, and then the solids are removed and the whole thing is sealed until spring. The qvevri wines - the running joke was the numerous mispronunciations, essentially one says "Quev-ri" - were spicy and exotic and reminiscent of fino sherry. Then we tasted the fresh modern-style wines made from varieties we would grow to know so well: Rkatsitelli, Mtsvane, and Kisi for the whites and the dark and juicy Saperavi for the reds.
As we tasted the winemakers and owners awaited our judgment, and one thing I learned is that MWs are the least shy people in the world when it comes to expressing an opinion - an excellent quality for an Opinion Shaper. If the world of wine is snobby as some say, then the MWs deserve to be more snobby than any. But, they were so welcoming to me-- a mere blogger, online writer, social media type - that soon I, too felt comfortable giving opinions. So we tasted and debated which wines we liked and which wines we felt would fare well on the American market. I was immensely gratified to find that some of my ideas about the wines - too tannic/a green note/very juicy/etc. - were sometimes shared by my esteemed co-participants. And as the week wore on, I understood why I had been selected. That my voice - of a blogger and tweeter, of a person that had traveled to the wine regions not as someone who works in the trade, but as an independent traveler - provided a different, valuable perspective.
This week I have made new friends. I have experienced the legendary hospitality of the Georgians. I have drunk wine from a polished horn (and finished the whole thing). Tomorrow, I will regret leaving this fascinating country, but I will be charged with writing much more about its charms.
So, that's what I'm doing in Georgia. In case you wondered.
Posted by Diane Letulle at 4:29 PM