Bulgaria wines reinvent themselves with international and indigenous varieties 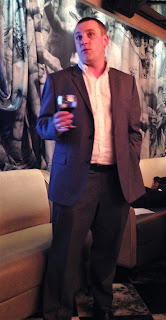 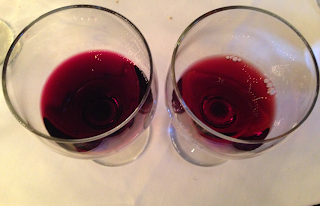 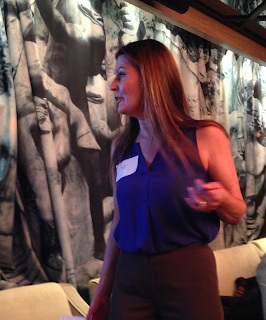 Like other winegrowing countries that once existed behind the Iron Curtain, Bulgaria is flourishing with an influx of new energy and renewed interest in its winemaking past with an eye to improving what was good and expanding to add new directions.

The initial success of these efforts was evident at a media tasting at the elegant Hunt and Fish Club in Manhattan, where a group of winery representatives presented some of the wines currently available in the United States.

The event was hosted by Master Sommelier Marika Vida-Arnold, who enthused about the transformation in the country's wine as she educated the group about the most heralded grape-growing regions.

But first, there was some history.  In the crusades, Bulgarian wine growing areas were spared because the wine was so good.  During the Communist era, many wineries in Eastern Europe ceased to progress.  Years after the Iron Curtain fell, the winemakers began to innovate again, and now there is a new spirit in the vineyards.

Some favorite wines from the event include:

Yambol Cabernet Sauvignon Reserve 2014 - With aromas and flavors of cherries and blackberries, this was a medium bodied cabernet with good balance of acidity and tannins and a lingering finish.

Vina Merlot Special Reserve 2010 - Merlot is the most widely planted grape in Bulgaria and this wine showed why.  The perky chocolate cherry nose was inviting and on the palate there were ample cherries as well. The wine had bright acidity and a nice finish.  Very drinkable on its own or with food.

Asenovgrad "A" Mavrud Reserve 2013 - Mavrud is the calling card for indigenous Bulgarian grapes. Marika called it "brooding" and that gets at its depth.  This reserve level wine would still be able to age for years, as I found it a bit tight yet. It had a dried cherry and leather aroma and smoky savory flavors as well as cherry notes on the palate.  If you really want to taste a true Bulgarian wine, this is a good one.

Miroglio Elenova Mavrud 2013 - This wine is made from one of the oldest grape varieties in the world.  It has thick skin that produces a lot of tannins.  Elenovo is a single vineyard, carefully tended with green pruning to reduce production and encourage concentrated flavor in the grapes.  The wine had nice grip with ripe cherry flavors and leather. I'd put this away a couple more years in order for the tannin to settle down and the oak to integrate a bit more. At $18 US it's a great introduction to a unique grape.

Miroglio EM Brut 2011 - I didn't expect a sparkling wine and this one was delightful.  Rich and yeasty from 36 months lees aging, this sparkler offered citrusy lemon lime flavors as well.  I drank this tart, fizzy pour right up.

Look for Bulgarian wines to provide good quality at an affordable price and keep an eye out for those interesting native varietal wines as well.

Posted by Diane Letulle at 5:16 PM