At the Celebrate Greek Wines kickoff party tonight, I discovered an intriguing white wine that's new to me, but old to the Greeks: Malagouzia. This ancient variety was nearly extinct when a professor from Thessaloniki discovered a patch of it and brought it to a Greek winemaker. That was back in the 1970s, and today the wine is having a wonderful second coming. I'm told it's become a cult wine in New York City, and I'm not surprised. The nose of a Malagozia draws you in with intoxicating white flowers, lychees, and stone fruit. On the palate, the wines, which clock in at 12.5 abv, range from dry to slightly sweet. The flavors include lychees, lemons, and lemon pith. Good structure, nice acidity, and a pleasing pour with shrimp appetizers that were being served at the fantastic rooftop space, La Piscine, at the chic and modern Hotel Americano. 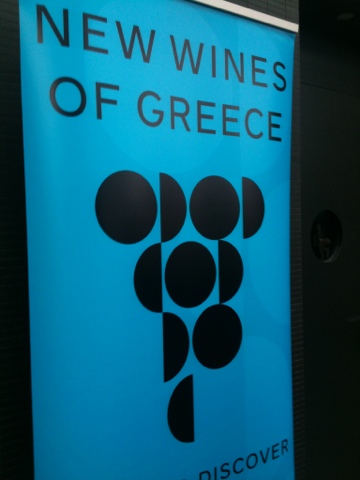 Posted by Diane Letulle at 7:00 PM