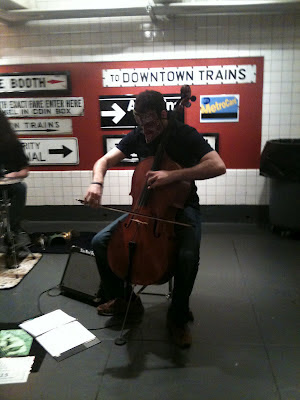 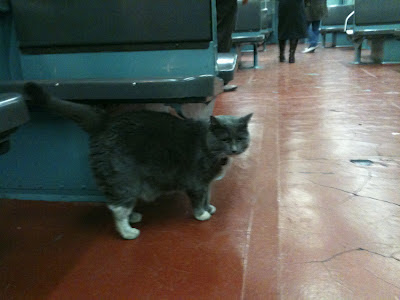 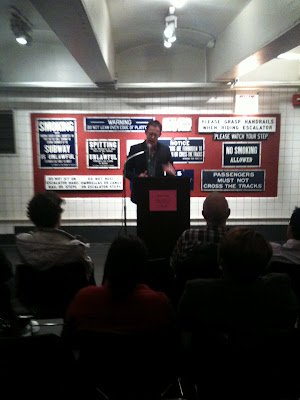 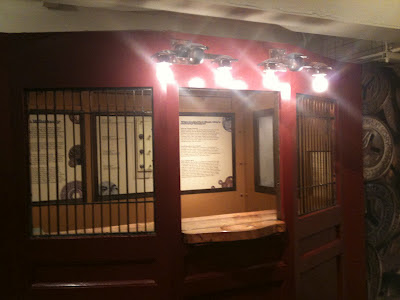 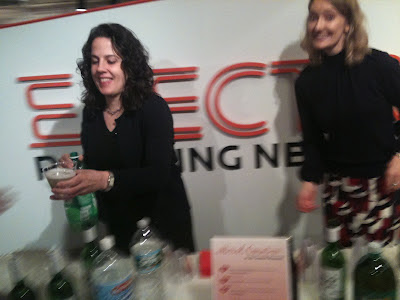 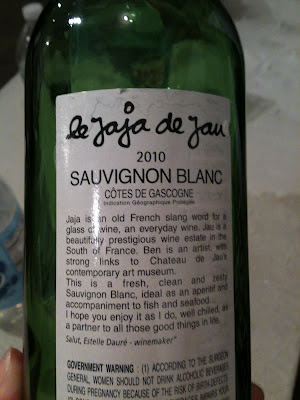 I spent Valentine's night in a rather unusual location: The New York Transit Museum. Valentine's Day is not a holiday I put a lot of stock in, but a free party was too good to pass up.
Right away I noticed this was not your average museum: you descend into the museum through a genuine (albeit no longer in use) Subway entrance.
When I asked, "How much?" I was told the party was free and handed two drink tickets. Is there anywhere else in New York that will give you a couple of free drinks as well as entertainment? I was already a NY Transit Museum fan.
My drink tickets were put to good use with Le Jaja de Jau, a Sauvignon Blanc from the Cotes de Gascogne. While Gascogny is more known for producing France's beloved aged spirit, Armagnac, it can apparently take Sauvignon Blanc grapes and create an almost New Zealand-style pour: grassy, big nose, clean and refreshing in its acidity. Nicely done, Gascogny.
The party included live music from You Bred Raptors, an unusual trio from Astoria who wear Carnival masks and create nicely rendered experimental/folk/jazz songs.
But the grandest entertainment of the night was Alan Feuer. who trolls Craigs List Missed Connections for unusual and unintentionally hilarious postings. According to Alan, all he does is add line breaks and these postings become poetry. Yet it was Alan's masterful delivery of these missives, replete with varying voices, animated gestures, and the rare accent that made these heartful soul-bearings of the Internet poignant indeed.
I highly recommend a visit to The New York Transit Museum. Especially for an unusual and fun Valentine's celebration.
Posted by Diane Letulle at 10:37 PM